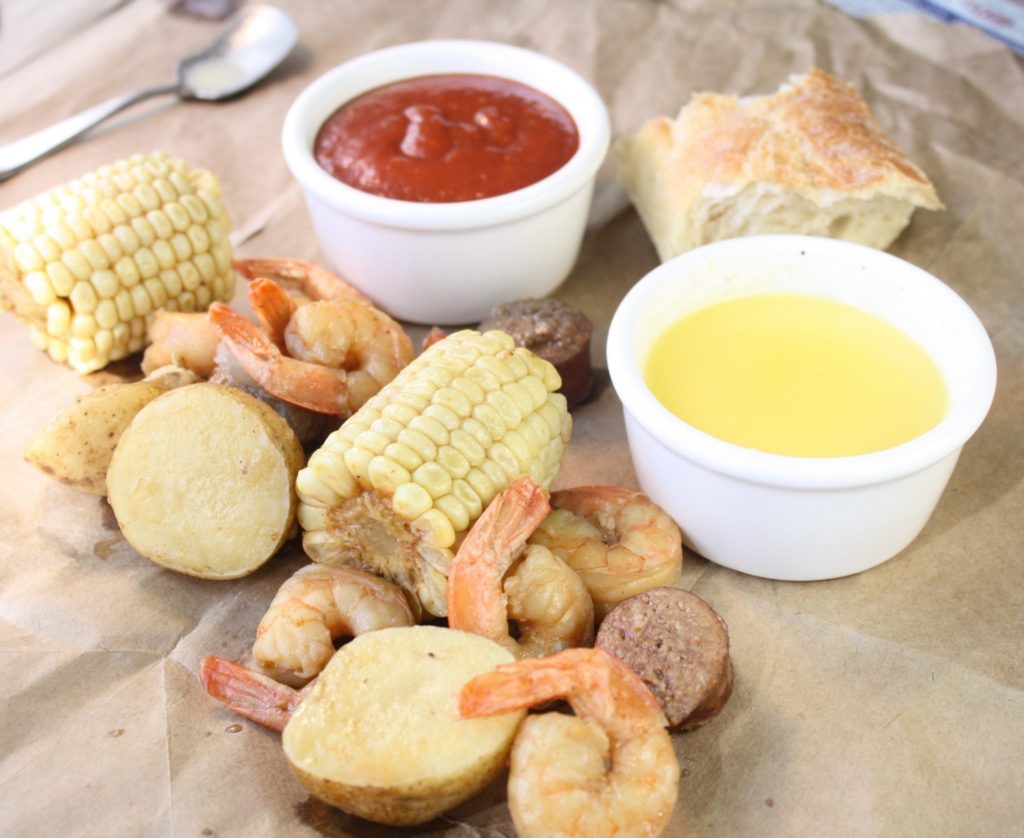 I love a good party, especially the casual get togethers that don’t require a lot of fuss. As much as I ❤️ a fancy shindig, every now and again I want to throw a party that’s not really a party, just friends and family hanging out. Shoes off. Maximum chill on. But even the most casual of hangs needs food and my go-to for easy, yet delicious grub is a Low Country Boil.

A Low Country Boil is a super simple seafood stew of sorts. Folklore has it that it was created out of necessity when National Guardsman Richard Gay needed a dish to feed 100 soldiers. He boiled up a batch of his family’s recipe and it was a hit. It’s often referred to as Frogmore Stew after Gay’s hometown but once the town was no more, Low Country Boil caught on.

When I say this is a simple thing, I’m not kidding. You literally just need to be able to boil water. Dump a few tablespoons of your favorite seasoning mix (Old Bay’s the standard at our house) or shrimp boil into a pot of water, add potatoes, sausage, corn and shrimp and let it boil away until everything’s done. To serve it up, cover a table with paper – newspaper or brown paper bags work best – and scatter the delicious seafood mess out for guests to eat with their hands right from the table. What’s not to love about that? No plates to clean (unless you want to use them) and you get to grab the things you like best. What a great way to feed a crowd!

These are the ingredients in a basic low country boil but you can dress it up to suit your tastes. Toss in crab legs, mussels, clams or a spicy sausage if you’re into that. Whatever you add, be sure to add the ingredients according to how long it takes for them to cook so nothing’s overdone or raw. Potatoes take the longest so they hit the water first followed by the sausage, corn and shrimp. Serve your boil with cocktail sauce or melted butter and a crusty baguette for dipping.

A Low Country Boil is more of an event than just a dish. It takes just minutes to prepare but it gives the appearance that you’ve worked all day to create a special treat for your guests. Serve up a Low Country Boil and take the credit! 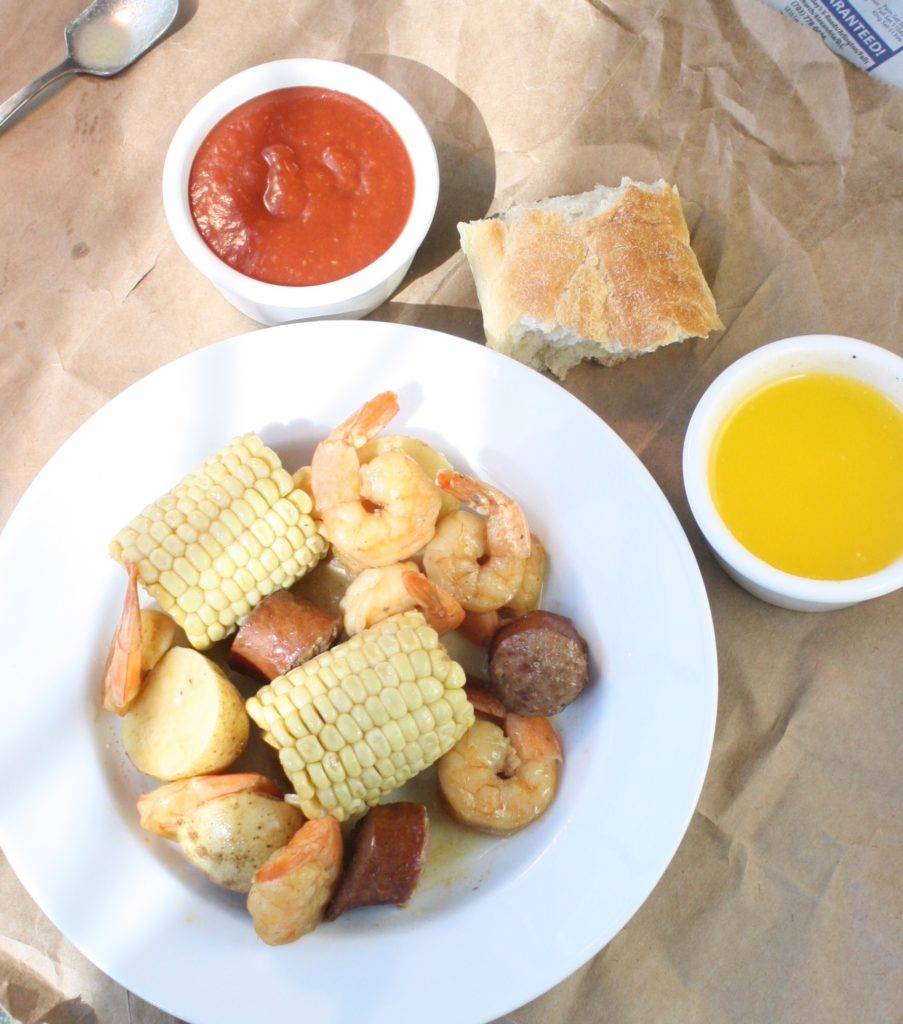 TIPS:
Boil the water and Old Bay for several minutes before adding the rest of your ingredients to intensify flavor.

Don’t add all the ingredients at once. They’re added in stages based on how long they need to cook.

You can use peeled or unpeeled shrimp, depending on how much work you want to do to when it’s time to eat.

Newspaper or other paper to cover your table

Share this…FacebookPinterestTwitterLinkedin I see you, Rio. Hosting these Olympics like a boss. With your Ipanema and your medals and your Copa-Copacabana (the hottest spot north of Havana) and such. And let’s not forget your Cachaça and […]

Share this…FacebookPinterestTwitterLinkedinTired of the same Valentine’s Day routine Time After Time? Flowers? Check. Candy? Check. Dinner reservation at a crowded restaurant? Sigh. Think outside the box of chocolates this year and plan a Valentine’s Day […]