Starting a fire in the kitchen is typically not a good thing, unless you’re trying to flambé.

To flambé means adding liquor to a dish, then igniting it so that it flames in the pan. Dramatic flair aside, flambéing does have some culinary merit. Igniting the alcohol causes it to evaporate, leaving behind a richer, less sharp flavor.

Choose an alcohol that’s about 80 proof, anything less won’t ignite; anything higher is too flammable and your flame may get out of control. Warm the alcohol slightly (don’t boil it) before adding it and don’t pour straight from the bottle. The flames may travel back inside and cause the bottle to explode. Once it’s in the pan, light the alcohol with a long match. Keep a metal lid close by in case you need to smother the flame. It should burn for a few seconds, then go out on its own.

Never pour alcohol directly from the bottle into the pan. If the alcohol ignites the flame can travel back inside the bottle and explode. (I know I just said that but it’s worth repeating!)

Hate to disappoint if you were thinking the alcohol would ‘burn off’, but a study by the USDA’s Nutrient Data Laboratory found that in dishes that are flambéed only 25% of the alcohol burns off, which means most of it (75%) sticks around. 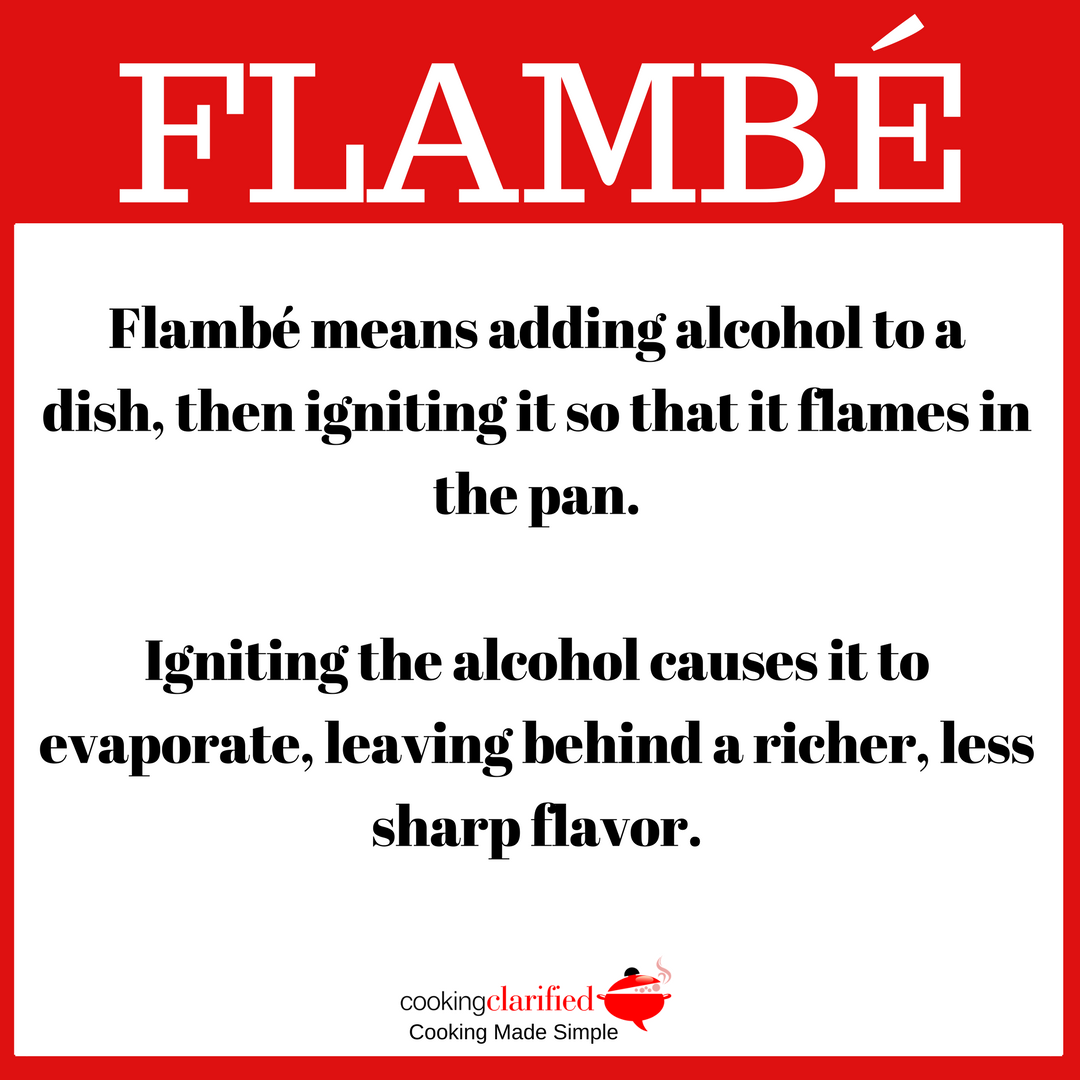 Share this…FacebookPinterestTwitterLinkedinWe’re rounding out National Strawberry Month with a few strawberry tips and a round-up of our favorite strawberry recipes. 1. Look for strawberries that are plump, firm and a vibrant red. They should be […]

Share this…FacebookPinterestTwitterLinkedinI was born with a serious sweet tooth. Dessert has always been my favorite part of every meal and as much as I love the fancy confections I learned to make in cooking school, […]

Share this…FacebookPinterestTwitterLinkedinNext time you get the urge to whip up a batch of pancakes or biscuits from scratch, but don’t have any buttermilk on hand, follow these steps to make a homemade version in just […]