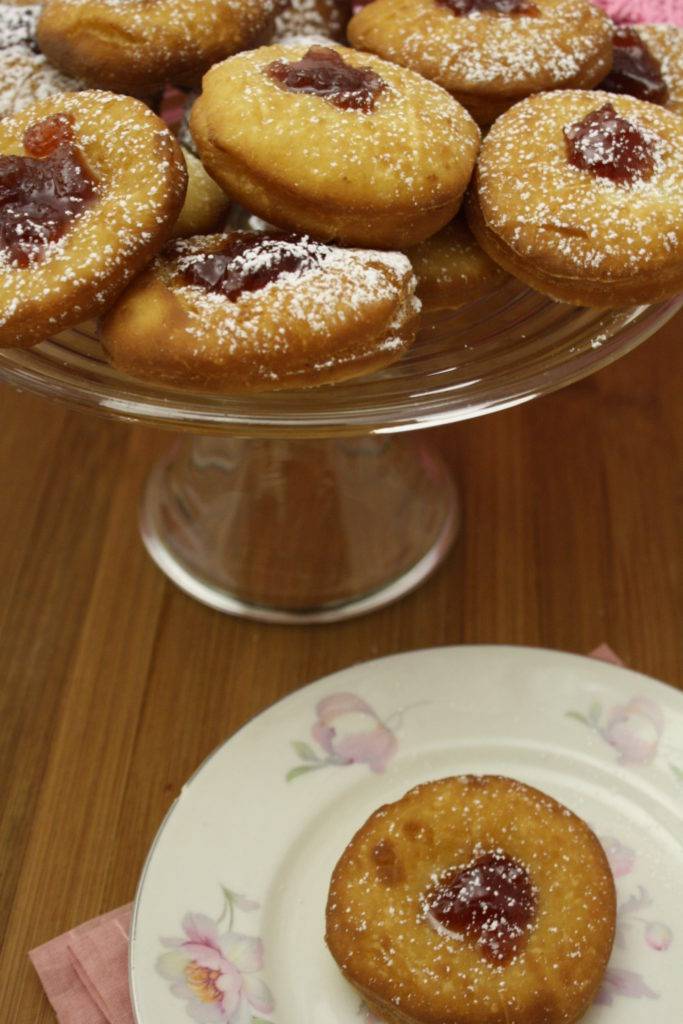 Cooking Clarified and KidCulture have teamed up to bring you a month of doughnuts, like these Fank Hungarian Doughnuts! You’ll get recipes here and the background on all of the delicious doughnuts from around the world at KidCulture. Check back each weekday in April for doughnut facts & recipes. If you like Fank, you’ll love these Brazilian Sonhos.

Hungarian carnival – like that in many other parts of the world – last from about Twelfth Night until Ash Wednesday, but it really heats up just before Lent begins (generally in February or March).

Most of the traditions associated with farsang are not religious. It’s just an opportunity to have a good time, blow off some steam, and prepare for the Lenten season.

Fank can be served with or without jam. They’re also wonderful with just a dusting of powdered sugar.

Make sure you don’t overheat the milk mixture. If it’s too hot, it will kill the yeast and your dough won’t rise.

Don’t over knead your dough or you’ll have tough, chewy doughnuts. Knead just until it’s smooth.

Mixing, Rolling out Dough and Frying

Share this… Facebook Pinterest Twitter Linkedin Brussels sprouts on my Thanksgiving table are a given. We love us some sprouts over here. My Bourbon & Maple-Braised Brussels Sprouts are my usual go-to but this year […]

Five Cooking Mistakes to Avoid in the Kitchen

Share this… Facebook Pinterest Twitter Linkedin For a novice cook, a kitchen, a recipe and assorted foodstuff can become a veritable culinary minefield. As a cooking instructor, I’ve seen firsthand many of the pitfalls beginning […]

Share this… Facebook Pinterest Twitter Linkedin I love a rotisserie chicken (and lettuce cups). There’s nothing better on a busy evening when the day’s gotten away from me and dinner time is staring me in […]