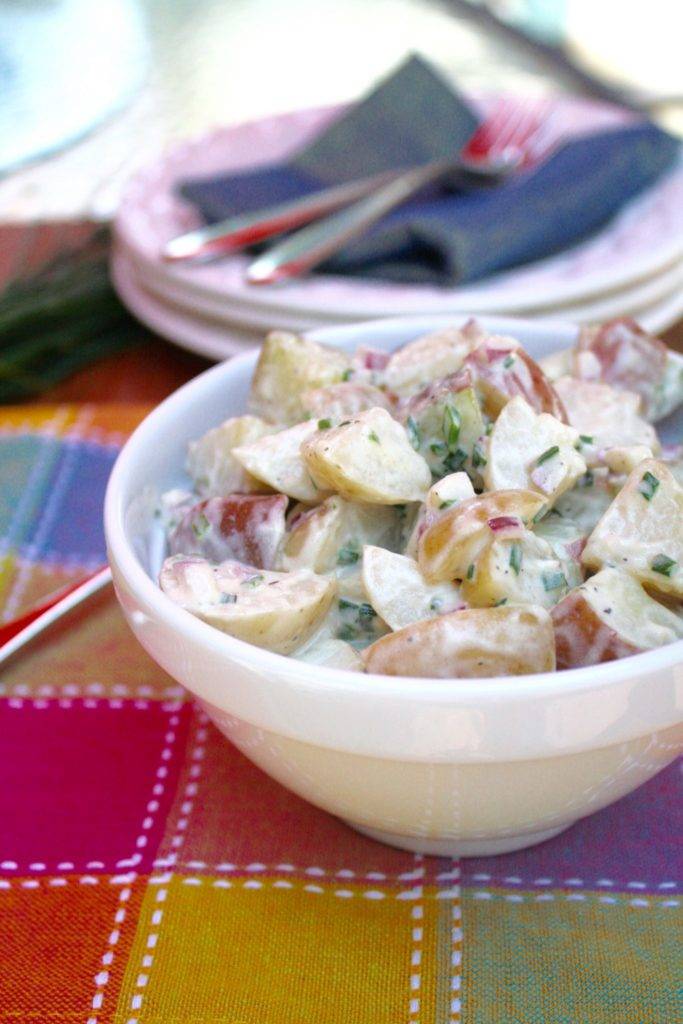 Potato, pot-aht-to, however you say it, spuds are spectacular! As great as they are it’s important to choose the right potato for the right recipe in order to get the right result. We’ve talked about the difference between waxy and mealy potatoes (You can check that out here.) and I’ve given you a primer on the basic potato types (click here for a refresh). What we haven’t tackled is new potatoes vs potatoes.

Contrary to what you might think, new potatoes aren’t just small potatoes. (See what I did there?) They are small because they’re harvested early in the season before reaching maturity. Think of them as baby potatoes. Farmers may pull some potatoes early to make sure the bulk of the crop has enough room to grow and mature.

When most potatoes are harvested they’re usually stored in a cool, dark, well-ventilated space, or cured, for up to 2 weeks. Curing gives potatoes time for their skin to toughen up and to heal any cuts or breaks. Once those nicks or cuts are healed, the potatoes will have a longer shelf life so they can hang out in produce sections or in your pantry much longer without going bad. New potatoes are dug and sent to market right away without being cured, which explains why they don’t last as long as other potatoes.

Store your new potatoes at room temperature. Don’t refrigerate them – the cool temperature will turn the starch to sugar, giving them a slightly sweet, off taste.

New potatoes are waxy potatoes (low starch content), which gives them their creamy texture, making them a tasty choice for this Chive & New Potato Salad.

Potato salad is a thing in our house, especially in summer. My daughter loves this so much this it’s her most-requested lunch during the school year. It’s so easy to make and is delicious chilled or at room temperature. If you’re packing it up for a picnic, take only what you’ll eat so you don’t have to worry about storing leftovers.

Use a fork, not a knife, to test the potatoes for doneness. A knife’s sharp tip will slide easily into an undercooked potato.

Your blanching water should be as salty as the ocean in order to season the potatoes well so don’t be stingy with the salt! 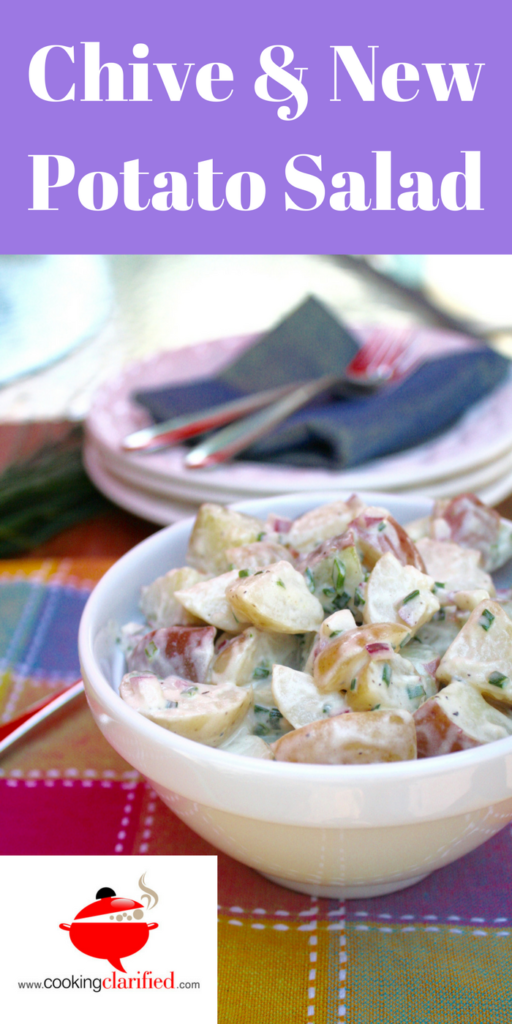 How to Stuff a Chicken Breast

Share this…FacebookPinterestTwitterLinkedinStuffing a chicken breast is a wonderful way to add flavor to an otherwise bland — if not properly seasoned — piece of poultry. Cheeses, nuts and sautéed veggies are just a few flavorful […]

How to Make a Quick Tomato Sauce

Share this…FacebookPinterestTwitterLinkedin You guys. My Quick Tomato Sauce recipe turns homemade sauce into a weeknight reality! Seriously. This recipe takes you from a spin around a sauté pan to a bowl full of pasta in […]

Share this…FacebookPinterestTwitterLinkedinCan we all take a moment to praise soup? Seriously, it just may be the perfect food. Think about it. It can warm up the coldest of dreary, winter days (Chicken & Dumplings). It […]