There’s more to salt than the dark blue box with the girl holding the umbrella. Here’s the 101 on the most common varieties of salts and their uses.

Table Salt — The least expensive and also the most popular salt, table salt is known for its tiny granules that dissolve quickly, making it a good option to use in baking. Table salt has a sharp flavor and is typically dispensed in a salt shaker. It’s heavily processed to remove most minerals that might remain after it’s harvested, but it usually has an added chemical to prevent it from caking.

Coarse Kosher Salt — This is the salt you’re most likely to find in a professional kitchen. Many chefs prefer coarse kosher salt because of its milder, less metallic flavor and unlike table salt, its coarse texture makes it easy to add to foods in pinches. Kosher salt is used in the curing process for koshering meats, which is how it got its name. Look for kosher salts with no anti-caking agents added. They won’t have a metallic aftertaste.

Sea Salt —  Sea Salt is made by evaporating salt water. Sea salts are typically not processed as much as other salts, giving them distinct flavors depending on the minerals present in the body of water the salt comes from. Sea salts are used primarily as finishing salts, which means they’re sprinkled lightly over cooked foods for a final burst of flavor. Because of the way they’re produced, sea salts are more expensive than other salts. 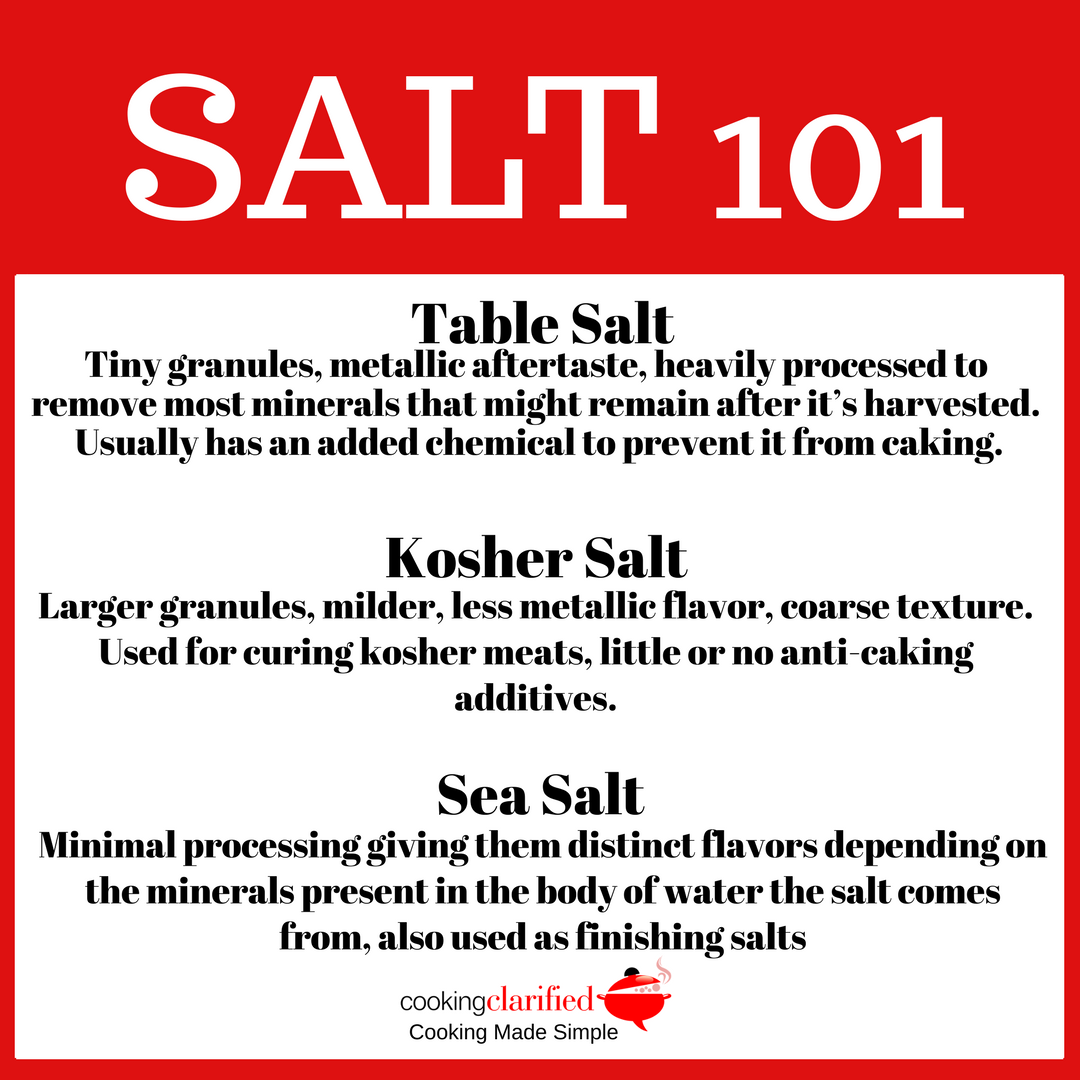 How to Peel Ginger – Grab a Spoon!

Share this…FacebookPinterestTwitterLinkedinPeeling fresh ginger can be tricky. Ginger’s firm, yellow flesh, where all the flavor lives, is covered with a paper-thin, tan skin that should be removed before using. the trouble with ginger is its […]

How to Cut Up a Whole Chicken

Share this…FacebookPinterestTwitterLinkedinCutting up a whole chicken can be quite the scary proposition for the average cook. The truth is, like most things culinary, it’s not as difficult as it seems. All you need is a […]

Share this…FacebookPinterestTwitterLinkedinImpress your guests with this Easy Pantry Cheese Board, a delicious mix of cheese, charcuterie, fruit, dips, crackers and bread. We used Aldi products for this board, but you can substitute your favorites instead. […]