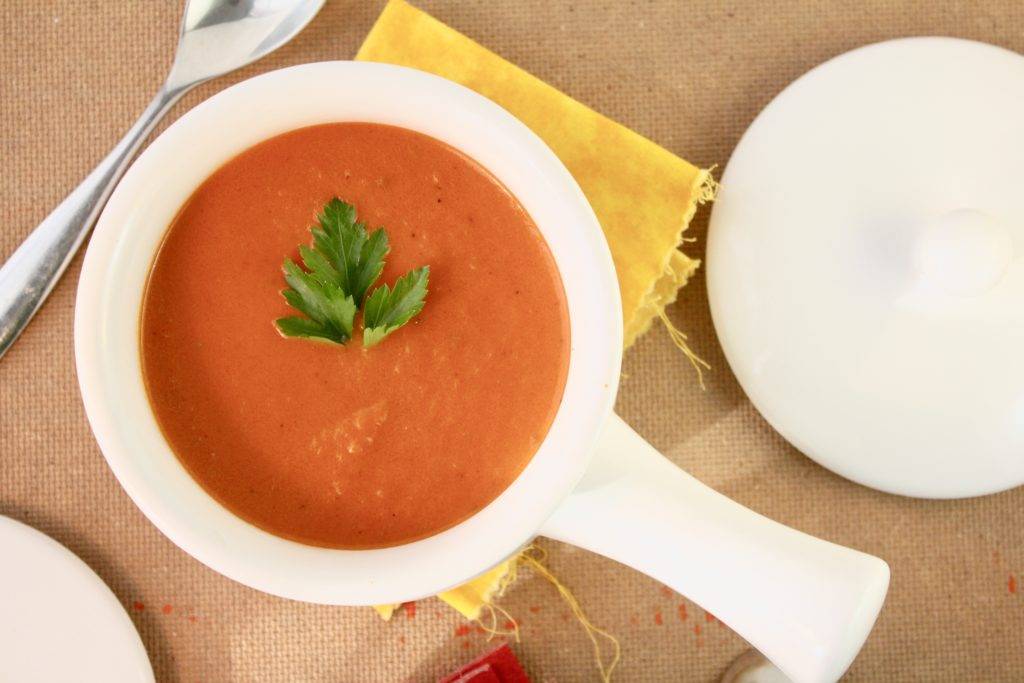 The first soups are thought to have been fashioned by primitive man (or woman) dropping hot rocks into liquids to heat them. The liquids warmed by those hot rocks have evolved into the soups, stews, bisques and chowders we enjoy today. What makes a soup a soup or a chowder a chowder? What’s the difference between different types of soup?

For purées, vegetables are cooked in stock or broth, then puréed and served. Purées rely on the consistency of the main ingredient for thickness. They’re also typically not strained before serving.

Stews, bisques and chowders are generally classified as soups, but they don’t fit neatly into the two soup categories because they’re combinations of both. Stews usually consist of meat and vegetables simmered over a long period of time, making them perfect for cheaper, tougher cuts of meat. (The longer cooking time produces meat that is juice and tender.) Stews are thickened with flour, which is used to either lightly coat the pieces of meat before they’re browned, or with a roux, equal parts butter and flour. Stews get their flavor from the liquids they’re cooked in (think beef burgundy) and when finished, there’s usually less liquid than in a soup and larger pieces of meat and vegetables.

Bisques are typically shellfish cooked in a flavored liquid then puréed. Bisques are known for their thick, creamy texture and rich flavor.

Chowders are also characterized by a thick consistency with the addition of chunky seafood, potatoes or other vegetables.

Give these recipes a try!

Share this… Facebook Pinterest Twitter Linkedin Spring is here and it’s soup season! Wait, what? I know most people think soup is best served in fall and winter but warmer weather’s no reason to put […]

Share this… Facebook Pinterest Twitter Linkedin Jerk anything has always terrified me. One super spicy jerk chicken wing ruined it all for me years ago. One bite in and it made me cry. Not the […]

Share this… Facebook Pinterest Twitter Linkedin May is National Egg Month. Check back each day this week for egg tips and recipes. What’s the difference between brown and white eggs? The color of the shell. […]