Note: This post must be read while mentally humming the theme song from Rocky.

Today I’m treating you to a culinary clash of the cooking liquids. In one corner we have Stock, the heavyweight champion that can take hours to make, but serves numerous purposes in the kitchen. In the other corner we have Broth, stock’s less time-consuming cousin, known for its many undefeated bouts with the common cold.

Though these two contenders are often used interchangeably in both conversation and recipes, they are not the same thing. While both are technically flavored liquids, stock is made using meat or poultry bones. Broth is made using the actual meat or poultry, in addition to the bones.

The second major distinction between the two is that stock is typically put to use as an ingredient in other dishes. Youll use it to adjust consistency and add flavor to soups and sauces. Broth, however, is the main event. When cooked, it can be served as is, often with other ingredients added as garnish (veggies, pasta, etc.).

So, keep this in mind next time you’re on the ropes trying to decide which to use. There are a variety of commercially produced broths available and recently I’ve noticed several stocks entering the ring. Kitchen Basics is my go-to stock, though I have yet to try Swanson’s, Emeril’s, or Rachael’s versions.

Ok, no more boxing metaphors. I am officially down for the count. 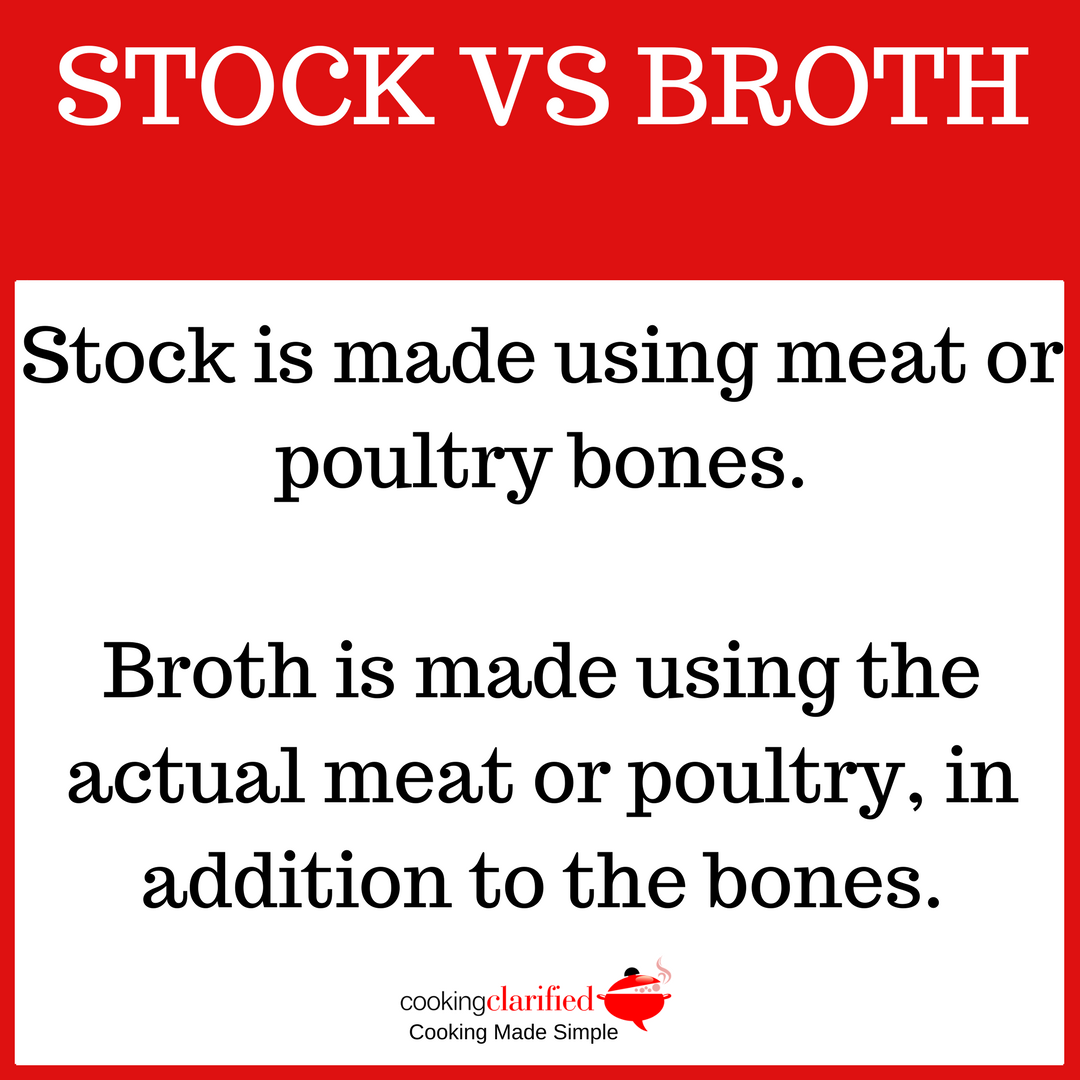 Tips for Setting Up a Buffet

Share this…FacebookPinterestTwitterLinkedinThe delicious details are what separate a good party from a great one and an organized and pretty buffet table is one detail your guests won’t forget. If you’re hosting a buffet, setting the […]

How to Hold a Chef’s Knife